Advantages of our Aerial Infrared Services

We make campus maintenance easier through our Thermal Mapping, Roof Moisture, and Liquid Leak aerial infrared services. Accurately and efficiently pinpointing problem areas on your campus could save you hundreds to thousands through preventative maintenance.

Reports are created with high-angle, straight down (NADIR) infrared images. This technique reduces reflections and captures larger areas at once making the imagery easier to analyze and the report less expensive to produce 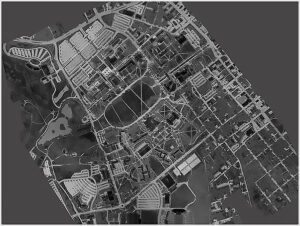 Since images are captured straight-down or ‘plan view’, the report is clear and concise. Reports are also easy to understand due to the reconciliation of infrared images, visual images and AutoCAD® drawings 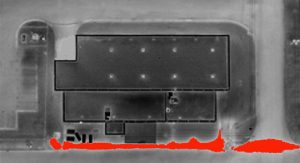 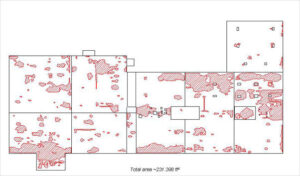 We have become the number one infrared imagery company in the country through compiling state-of-the-art high-resolution infrared imagers, digital recording equipment, and techniques that have been refined for years

Our determination to deliver the best product on the market has allowed us to perform numerous infrared thermographic surveys on systems and facilities for universities, cities and industrial clients nationwide

Detects flaws in underground steam systems and hot/chilled water lines to provide valuable information to maintenance managers regarding the status of these systems.

Comprehensive and cost-effective way to accurately detect roof moisture issues before they become a serious problem.

Any object with a temperature above absolute zero ( 0 Kelvin or –273 degrees Celsius) emits infrared radiation. An infrared picture only shows objects which emit infrared wavelengths in the 3000-5000 nanometer range. Objects in visible light wavelengths of 400 to 700 nanometers are detected, but only because they also emit heat. An example of this would be a warm street light that can be seen in the IR imagery.

We record infrared imagery on digital videotape and may later copy it to a VHS videotape and/or a JPEG digital image file. The image may be modified in a number of ways to enhance its value to the end user, such as creating a false-color image or adjusting the brightness and contrast of a grayscale image. The digital images are captured directly to JPEG format and placed on a CD-ROM.